Why Mathematical Calculations Wont Be On FBO

Calculations are just pure speculation and assumption fan made by fans of the series to power boost their favorite character and or downplay someone else's favorite character. This can lead to pure arguments and pure biased opinion which both aren't allowed on FBO as arguments in this general saying is calling each other names and calling each other insults for no reason. So nothing really Fan created will be on this Wikia because it takes to long to do such things and its very personated than pure actual fan boy statements with no proof. 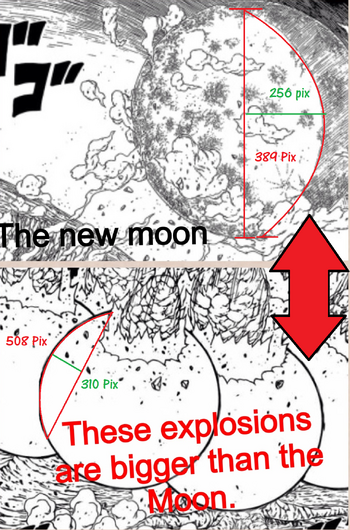 Image calculations are better estimates than just making random numbers images like the one above is allowed so posting on the forum wiki with image calculations are 100% allowed but making EXTREME WRONGFUL image will not be tolerated. Calculations like Goku being FTL when using Instant Transmission is point blank lying and wont be accepted because its teleportation and isn't Speed.

Retrieved from "https://fictional-battle-omniverse.fandom.com/wiki/Calculations?oldid=23145"
Community content is available under CC-BY-SA unless otherwise noted.