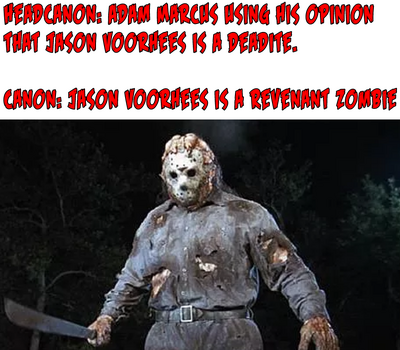 Headcanon is when the fans use their owm interpretations of a or over a fictional universe that they find accepted to themselves as a fan, but yet its not entirely found within or supported by the official canon source material.

Headcanon is basically another word for Fanfic because its a fan using their own canon and not the official established canon as a source material.

Retrieved from "https://fictional-battle-omniverse.fandom.com/wiki/Headcanon?oldid=27348"
Community content is available under CC-BY-SA unless otherwise noted.