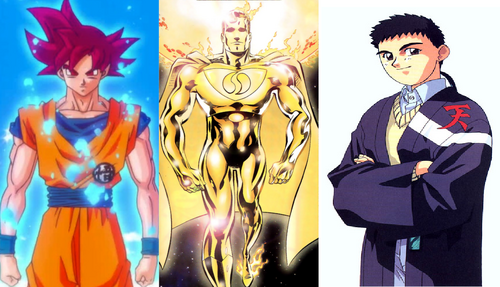 The list consists of fictional or non-fictional characters that aren't simply Omnipotent at all but some listed might be either Omniscient or Omnipresent but they aren't infinite in power at all now the one's listed are confirmed and shouldn't be entitled as a "True" Omnipotent being but just entities who wield great cosmic power or power that is simply god-like.

Retrieved from "https://fictional-battle-omniverse.fandom.com/wiki/List_of_Fake_Omnipotent_Beings?oldid=25828"
Community content is available under CC-BY-SA unless otherwise noted.